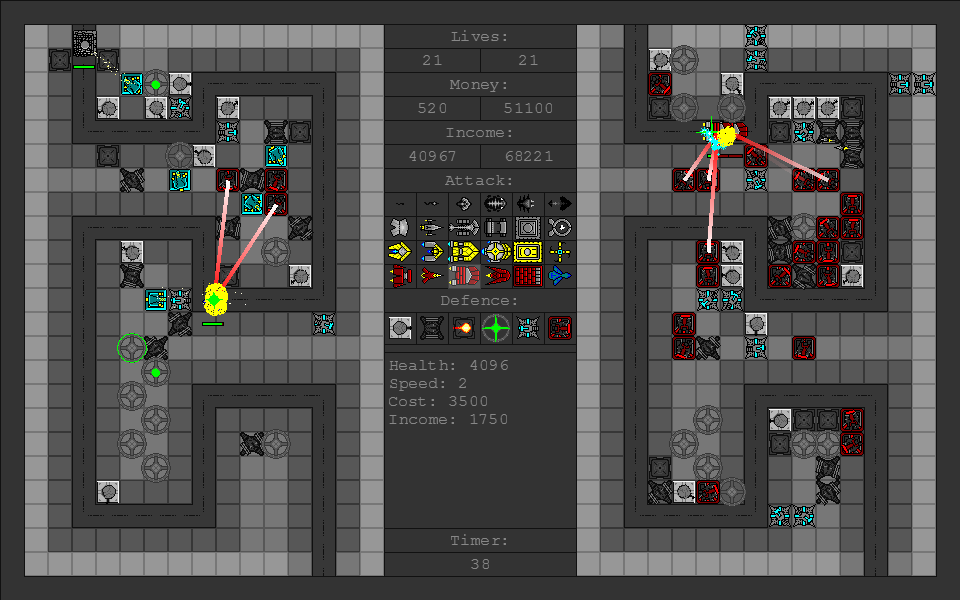 After giving up on Terath, I started on another 2-player game. I had been playing Starcraft: Brood War a lot those days, especially the custom maps. There was a particular map called "Income D" which was a 2-team tower defense game where you got income by sending units down your opponents path. I basically recreated this custom starcraft map as a standalone game, it even has glitchy network support! You can download the game, "Attack and Defense" and it's source files below. (note the source file requires a copy of GameMaker 7 to run)

A help file can be found in-game by pressing F1

In case you are not familiar with tower defense games, the objective is usually to survive multiple waves of enemies which follow a path. If the enemies manage to reach the endpoint then you lose a life, lose all your lives and you die.

You kill these enemies by placing stationary "towers" which can attack the units. These turrets cost money which usually is earned by killing enemies. But in this version money is earned by sending units down your opponent's path.

This game has a rudimentary AI, support for 2-player couch-coop, and basic networking support.

ps. there are cheat codes hidden in the help file